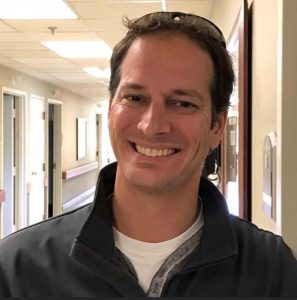 We are thrilled to share the background of one of our team associates named Elliott Buchanan. Elliott lives on the shore of Lake Huron with his wife Jen, daughters Emmy and Halle, and son Teague. He enjoys boating and coaches one of his son’s soccer teams. Elliott also has carpentry skills and despite having a very busy family he is building an addition on his home.  Elliott grew up in AuGres where he still resides on the Eastern side of Michigan. This area is often referred to as the “Sunrise Side” of the state. He attended Central Michigan University and obtained a degree in mechanical engineering and technology with a minor in mathematics. Shortly after graduation in May of 2004, he took a position with Vantage Plastics as it was entering its eighth year of operations. As he moved through several key positions Elliott learned the intricacies of the thermoforming plastics industry very quickly.

As Vantage Plastics continued to grow it began to form affiliate companies to serve in supporting roles. Affiliate companies have been added to achieve process control and capabilities expansion through vertical integrations. These integrations broaden the value Vantage Plastics can provide to its customers. In 2016 Edge Material Management was born and Elliott was appointed to the position of Facility Manager. Edge Material Management was set up to process post-industrial plastic products into reusable material that can be used to make new products by Vantage Plastics. This offers tremendous environmental benefits, often offers price advantages, and helps many customers fulfill their commitment to “green” sustainability initiatives.

As Elliott considered taking the position his wife Jen told him “This is a perfect fit.” as she knew Elliott had always had a passion for eliminating waste and recycling. Even while he was in college, he was avant-garde and began recycling and finding ways to reuse items before it became popular. You might say Elliott is passionate and committed to helping develop sustainability. As Elliott has worked with post-industrial material streams, he is also looking at innovative new ideas for developing ways to collect post-consumer waste streams to reprocess back into reusable material. Edge Material Management currently reprocesses around 50,000 pounds of material every week. As Elliott says, “It’s a good thing.”  Elliott has been a member of our team and fulfilling our mission of Forming Better Lives, Forming Solutions, and Forming Sustainable Futures for 17 years. 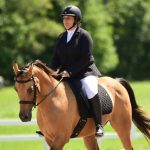 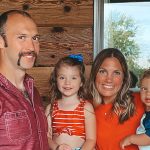